The Bajaj V12 gets a neo-retro look thanks to the muscular fuel tank, trendy removable rear cowl and the chrome-rimmed headlamp, borrowed from the V15. However, a few bits like the alloy wheels and the instrument cluster have been revised to cut costs. It rides on tubed tyres in place of tubeless ones on the V15, while the aluminium finish on a few componensts have been replaced with a glossy black finish.
Powering the V12 is a 125cc single-cylinder engine, delivering 10.5bhp and 11Nm of torque. Unlike its rivals in the price range, the V12 gets a five-speed gearbox. However, a front disc brake isn’t even an option right now. The engine has been tuned to offer ample torque in the low-end and mid-range. Efficiency is also a priority considering the target audience. The V12 is offered in four paint schemes – blue, red, black and white. 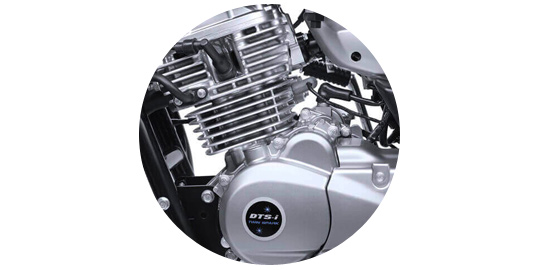 Power is drawn by the125cc, single cylinder petrol engine, essentially a stripped down version of 149cc unit used in V15. Mated to the five-speed manual transmission, the commuter makes 10.7bhp and 11Nm of torque.

The exhaust note is also very similar to the V15, which is deep and throaty. It feels like a bigger bike just by the sound. 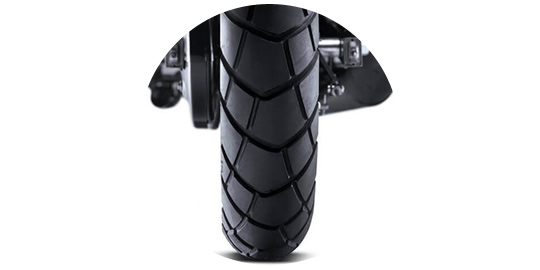 Wide & Large Tyres With Best In Class Road Grip & Stability. The tyres do their job well and suit the purpose the V12 is built for. The tyres are a good for use on both tarmac and unpaved roads, usually found in rural areas. 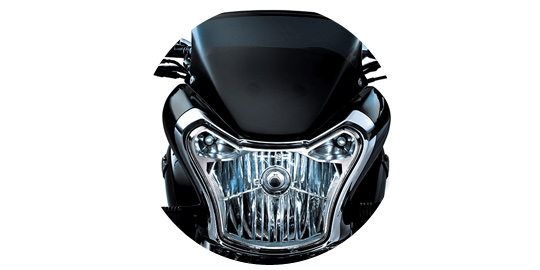 The V12 looks exactly like the V15. Customers have liked this look of the bike and hence Bajaj has made no changes in the styling. The cafe racer like look makes the V12 feel premium and is helping the V brand sell good numbers. 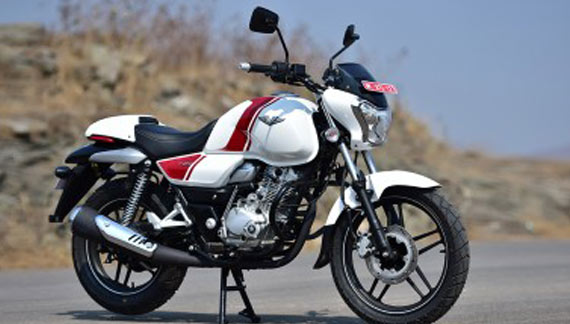